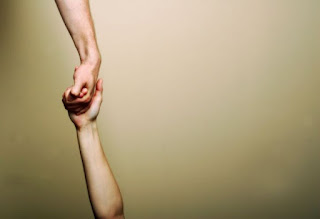 If you are anything like me, you have doubted that your life has measured up to the Biblical portraits of a life buried in Christ (Galatians 2:20). Here is one verse that might cause us to doubt our conversion:

While encouraging, this verse can also be discouraging. We tend to wonder if we are really a new creation. Why? It seems that “the old” has not passed away, and that we are still tormented by many of the same sins that had afflicted us before we came to Christ. We are left to wonder, “Is Scripture is wrong or am I not saved.” Both of these possibilities are distressing.

However, I think that there is another possibility – that this verse refers to a renewed heart/spirit within us and not to our sin infested flesh; one part is born again, while the other part is not. This idea suggests that God has made a beachhead in our spirit, but not yet in our flesh, even though our body serves as both the temple of our spirit and the Holy Spirit.

First, let’s observe the evidence that we are comprised of two parts. We find this illustrated as early as creation:

·       Then the LORD God formed the man of dust from the ground and breathed into his nostrils the breath of life, and the man became a living creature. (Genesis 2:7)

Paul illustrated these two parts – one that loved God, while the other part did not:

Paul made a distinction between the “I” which does not sin and the “sin that dwells within me.” This distinction illustrates a struggle between the two. Even after he cries out, “Who will save me from this body of death” and invokes the name of Jesus, the two parts do not mysteriously vanish:

·       Wretched man that I am! Who will deliver me from this body of death? Thanks be to God through Jesus Christ our Lord! So then, I myself serve the law of God with my mind, but with my flesh I serve the law of sin. (Romans 7:24-25)

We, therefore, shouldn’t be surprised that one part of us gladly serves God, while the other part is bent on sin. Consequently, the Christian life is a pit-bull on a leash. It wants to bite and destroy, but we have to restrain it. If we let it lose, and it bites someone, we must take responsibility, since it is our pit bull. But this doesn’t mean that we should abuse it. Instead, we nourish it and give it rest so that it is less inclined to act-up.

Is this really what the normal Christian life looks like? Yes! Elsewhere, Paul illustrated it as an ongoing struggle between our two constituent parts:

Consequently, the reborn spirit, to which the Holy Spirit communicates (Romans 8:16), must be nurtured with prayer, Bible, and a faith-walk to strengthen it against the flesh.

Jesus made this same distinction between spirit and flesh:

The flesh is weak and opposes us because it is not yet redeemed. This sounds very strange. How is it possible that the spirit, the real “I,” is redeemed but not the flesh? I don’t think that I can explain this, but this conclusion reflects the teaching of Scripture:

·       And not only the creation, but we ourselves, who have the firstfruits of the Spirit, groan inwardly as we wait eagerly for adoption as sons, the redemption of our bodies. (Romans 8:23)

Not only is the flesh unredeemed, but it is also un-adopted. Instead, this is something that we await when Christ returns for us and gives us our resurrected bodies. It is only then that the struggle will come to an end. At this time, we will become entirely a new creation. Meanwhile, we are miles away. For now, we groan along with the rest of creation:

·       For we know that the whole creation has been groaning together in the pains of childbirth until now. (Romans 8:22)

We have not yet arrived. John had confessed that we cannot even envision what we will be like when liberated from this body of sin:

We are not yet like Him. Therefore, we shouldn’t be surprised by our discouraging struggle against sin. Instead, it is preparing us to meet Him:

·       Beloved, do not be surprised at the fiery trial when it comes upon you to test you, as though something strange were happening to you. But rejoice insofar as you share Christ’s sufferings, that you may also rejoice and be glad when his glory is revealed. (1 Peter 4:12-13)

Our present struggles against sin make us long for Him, as they should. They endear us to Him. How? They teach us that our hope can only be found in Him, as we perceive that we have no righteousness in ourselves, no merit. Instead, it is all about His love for us.

How do we understand those verses that teach that we are free from sin?

·       We know that our old self was crucified with him in order that the body of sin might be brought to nothing, so that we would no longer be enslaved to sin. For one who has died has been set free from sin. (Romans 6:6-7)

This certainly doesn’t teach that we are free from the temptation to sin. Instead, Paul warned that we still can sin and must remain on guard against its temptations:

If sin was no longer alive in the life of the believer, there would be no need for such a warning. However, since this kind of warning is found throughout Scripture, we should assume that verses 6:6-7 do not represent a freedom from the temptation of sin, but a freedom, first of all, from the penalty of sin.

The context equates the death of Christ to the Law with our death to the Law, We were crucified together with Him and rose together with Him. As Jesus is now free from the demands of the Law for the death of the sinner, so are we free from the Law and from the penalty of sin. This doesn’t mean that we will no longer be tempted or even fall to the power of sin, but our new life in Christ has given us the grace to get back up.

We are now a new creation. We want the things of God. When we fall, we confess and repent and are washed clean. We are no longer blinded and deceived by it (Romans 7:11), but this is a process. As Jesus taught, we are gradually being set free from the dominion of sin:

Yes, the new “I” is a new creation of the Spirit and in the spirit. However, our bodies are still contaminated by sin and unredeemed. Consequently, an intense battle rages and will continue to rage until our Savior returns for us. If we are not fortified with this truth, we will wonder, “Why do I still sin?”