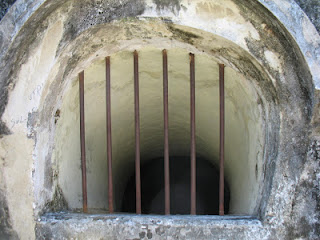 Government is now declaring “no exit!” if you are a homosexual. If you have SSA, you’re stuck with it. I know that this analysis sounds overly critical, but please notice – government is not saying, “Well, we think that this particular form of SSA therapy can be harmful, and so we recommend that perhaps other SSA therapies be considered.” Instead, government is now in the process of indiscriminately banning all SSA therapies, whether these therapies attempt to change SSA or merely support the individual who wants to leave this unwanted lifestyle. All are equally verboten!

California has led the way passing a bill that bans SSA therapies for minors who want to change or at least resist SSA. But why? Those who are now pushing bills to ban  “reparative therapies” (RT) claim that they all cause damage – depression and sometimes suicide. Speier’s bill reads:

Efforts by mental health practitioners to change an individual’s sexual orientation and gender identity or expression are dangerous and harmful and should be prohibited from being practiced on minors…[Various psychological organizations] have not found ‘‘conversion’’ or ‘‘reparative’’ efforts to be effective and have found evidence that they are harmful.

However, there are good reasons to challenge the bill’s claim that RT is ineffective:

There are two major studies most often cited to support the potential benefits of reparation therapy. One, originally published in book form in 2007, was conducted by Stanton Jones and Mark Yarhouse. A follow-up to the study, which appeared in the Journal of Sex & Marital Therapy in 2011, concluded not only that it was possible to change one’s homosexual orientation, but also that psychological harm was unlikely to result from the effort. (Salvo, Issue 22,34)

The Robert Spitzer study was published in 2003 in the Archives of Sexual Behavior:

After studying efforts on 200 volunteers who had experienced predominantly homosexual attractions for many years before beginning therapy, Spitzer found that, for all subjects, “there was a marked reduction [of homosexual tendencies]…not only on the three measures of overt behavior and sexual orientation self-identification…but also on the seven variables assessing sexual orientation itself.” (34)

In light of the bill’s sweeping condemnation of all SSA therapies, it would seem as if they’ve found that all forms are “harmful?” However, there is no mention of specific methodologies, and no investigations of specific interventions. Instead, they are all indiscriminately damned! The bill cites another study that claims:

‘‘As with any societal prejudice, bias against individuals based on actual or perceived sexual orientation, gender identity or gender expression negatively affects mental health, contributing to an enduring sense of stigma and pervasive self-criticism through the internalization of such prejudice. Psychoanalytic technique does not encompass purposeful attempts to ‘convert,’‘repair,’ change or shift an individual’s sexual orientation, gender identity or gender expression. Such directed efforts are against fundamental principles of psychoanalytic treatment and often result in substantial psychological pain by reinforcing damaging internalized attitudes.’’

It is clear why they seek to ban all forms SSA therapy. Anything that would suggest that there might be something wrong or pathological with homosexual sex has become taboo. No criticism allowed! Treatment for SSA, whatever that treatment might be, suggests that there is something wrong with SSA and its lifestyle. Such a suggestion is no longer permissible, even if it undermines our freedoms of speech and religion.

The study claims that “Psychoanalytic technique [should] not encompass purposeful attempts to ‘convert,’‘repair,’ change or shift an individual’s sexual orientation, gender identity or gender expression.” In other words, “Don’t tamper with sexual orientation!” However, this is the very thing that psychotherapists do and the time, and the courts have been complicit, sentencing rapists and pedophiles to psychotherapy in an attempt to modify “sexual orientation” and its “expression.”

What is the damage done by SSA therapies? According to this study and the consensus of gay advocacy groups, these therapies “result in substantial psychological pain by reinforcing damaging internalized attitudes.” In other words, they suggest that there is something wrong with the homosexual lifestyle.

Even if this is the case, this suggestion also pertains to anyone who goes for psychotherapy. Anyone who pursues psychotherapy acknowledges that they have a problem, whether it’s OCD, depression, or pornography, and the therapist, simply by receiving the client for treatment, affirms this. Wouldn’t this also reinforce damaging internal attitudes - that the client is “mentally ill” or damaged merchandise?

I certainly had felt this way when I was seeing psychotherapists. In fact, many have complained about the uneven relationship endemic to psychotherapy. The therapist is healthy and has the answers; the client is unhealthy and needy. Perhaps all psychotherapy should therefore be banned? After all, is it any more stigmatizing to seek treatment for OCD than for SSA?

While those who report damage from SSA therapy are cheered, there doesn’t seem to be any more rationale to charge “abuse” for this kind of treatment than for treatment for depression.

Citing another study, the bill claims:

I certainly do not want to minimize the dire picture that these stats present or the very heavy costs endemic to the gay lifestyle, however these statistics raise several questions:

What does “family rejection” actually mean? The fact that the parents regard the homosexual sex as sin but continue to try to have a relationship with their child? I have yet to talk to any parents who have rejected their child simply because they have SSA. We all struggle with many sins! However, I know of several homosexual youth who have rejected their parents simply because of their point of view.
Perhaps the parents understandably put their child out of the house for repeatedly breaking house rules.
Perhaps these elevated levels of suicide attempts, depression and drug use are better understood as the inherent cost of this lifestyle?
In fact, studies show that these same dismal stats are found among homosexuals in cultures where they are not only accepted but congratulated for their courage for coming out.
Perhaps instead of going with the secular flow of accepting this costly lifestyle, parents need to learn how to be more transparent about their own failures and more accepting of themselves and the struggles of others? The love of Christ has taught me a lot about self acceptance and the acceptance of others.
If the parents must accept the homosexual lifestyle as legitimate, why should they stop there? Wouldn’t follow that they would also need to accept lying, stealing, bullying, and any other anti-social behavior, lest their child might feel rejected?
It would seem that this same logic could just as easily be used against the church’s teachings against certain sins. It could also be used against the Bible for stigmatizing certain sins. In fact, this is already happening! The Bible is often termed “homophobic.”

Each State to take steps to protect minors from efforts that promote or promise to change sexual orientation or gender identity or expression, based on the premise that homosexuality is a mental illness or developmental disorder that can or should be cured.

Does this mean that the bill intends to silence any criticism of the gay lifestyle? It certainly sounds that way. Well, what then of diversity of opinion, freedom of speech and religion? It seems that our society is moving from democracy and freedom to totalitarianism. Perhaps Radical Secularism represents the new State religion.  .

At a press conference announcing the bill, its author, Speier, said:

“Let’s get this straight. Being gay, lesbian [or] transgender is not a disease to be cured or to be treated.”

If this was only her opinion, there would be little problem. People disagree all the time about what is a mental “disease.” However, this is more than an opinion. It represents a ban, which prevents any minor seeking help from finding it. It would be one thing to warn the client of the dangers of SSA therapy and how it might reinforce the idea that there is something wrong with the homosexual lifestyle – and indeed, the identical “dangers” are inherent in all psychotherapy and psychiatry! However, it is another thing to ban all such SSA therapies, condemning those with unwanted SSA to a lifestyle that automatically strips 20 years from the average lifespan.