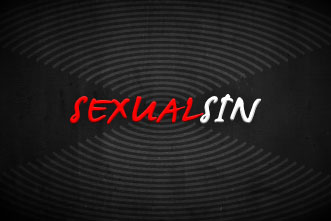 Sin is more than an action, even more than an attraction. It is also a force. It deceives and can take us captive, as Paul had written:

Do you not know that if you present yourselves to anyone as obedient slaves, you are slaves of the one whom you obey, either of sin, which leads to death, or of obedience, which leads to righteousness? But thanks be to God, that you who were once slaves of sin have become obedient from the heart to the standard of teaching to which you were committed. (Romans 6:16-17; ESV)

How are we imprisoned? It is not simply that sin become habitual. Even more, sin deceives and takes our minds captive:

For sin, seizing an opportunity through the commandment, deceived me and through it killed me. (Romans 7:11)

How does sin deceive? It convinces us that sin is more than okay – that the sinful behavior represents a freedom from the “repressive” church morals. Also, there is the pride that results once we convince  ourselves that we are able to see beyond such an archaic set of morals.

However, pornography becomes more than a behavior but a false worldview:

Another astonishing statistic shows the skewed perception of morality that many have. He reports that while 52 percent of young Christian adults "would say that not recycling is morally wrong, only 32 percent would say watching pornography is morally wrong."

As their behavior changes, so does their faith. And as their faith changes, so too their affiliations! It is, therefore, no surprise that they no longer feel comfortable in church and complain that the church is either irrelevant, boring, or filled with small minded hypocrites.

Sexual sin has taken many young people captive. It is therefore imperative that the church preaches against these sins.

And there is hope that preaching can lead to repentance, and repentance to freedom:

And the Lord’s servant must not be quarrelsome but kind to everyone, able to teach, patiently enduring evil, correcting his opponents with gentleness. God may perhaps grant them repentance leading to a knowledge of the truth, and they may come to their senses and escape from the snare of the devil, after being captured by him to do his will. (2 Timothy 2:24-26)

Jesus answered them, “Truly, truly, I say to you, everyone who practices sin is a slave to sin. (John 8:34)

However, right before this warning, He offered the ultimate answer:

So Jesus said to the Jews who had believed him, “If you abide in my word, you are truly my disciples, and you will know the truth, and the truth will set you free.” (John 8:31-32)