Home » Ps.Daniel Mann » DID GOD SET UP ISRAEL FOR FAILURE? 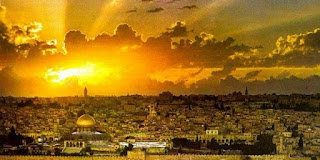 God had demanded that Israel follow ALL his laws. Even worse, as Moses had written, He cursed them when they failed to obey in even one law:

Cursed is anyone who does not uphold the words of this law by carrying them out.” Then all the people shall say, “Amen!” (Deuteronomy 27:26)

Did this divine requirement for moral perfection doom all Israel? Evidently not! God had often blessed Israel for their faithfulness. For example, when King Solomon blessed the newly built Temple, he thanked God for His faithfulness to Israel and to his father David:

“Lord, the God of Israel, there is no God like you in heaven above or on earth below—you who keep your covenant of love with your servants who continue wholeheartedly in your way. You have kept your promise to your servant David my father; with your mouth you have promised and with your hand you have fulfilled it—as it is today.” (1 Kings 8:23-24)

How was it that they were blessed in light of their only partial obedience to God’s commands? Further on in his prayer, Solomon provides some illumination:

“When they sin against you—for there is no one who does not sin—and you become angry with them and give them over to their enemies, who take them captive to their own lands, far away or near; and if they have a change of heart in the land where they are held captive, and repent and plead with you in the land of their captors and say, ‘We have sinned, we have done wrong, we have acted wickedly’; and if they turn back to you with all their heart and soul in the land of their enemies who took them captive, and pray to you toward the land you gave their ancestors, toward the city you have chosen and the temple I have built for your Name; then from heaven, your dwelling place, hear their prayer and their plea, and uphold their cause. And forgive your people, who have sinned against you; forgive all the offenses they have committed against you, and cause their captors to show them mercy.” (1 Kings 8:46-50)

Blessed is he whose transgressions are forgiven, whose sins are covered.  Blessed is the man whose sin the LORD does not count against him and in whose spirit is no deceit. (Psalm 32:1-2)

Blessedness was always based on the mercy of God to His repentant people. However this raises another question. “If God could forgive and have mercy on Israel, why then the need for the Cross?”

Why then the need for Christ to die for our sins? All of God’s mercy is predicated on Christ and His atonement for our sins:

For the wages of sin is death, but the gift of God is eternal life in Christ Jesus our Lord. (Romans 6:23)

This verse echoes the fact that any infraction of the law placed us under a curse, but it adds that mercy is found in Jesus, and Him alone:

For no matter how many promises God has made, they are "Yes" in Christ. And so through him the "Amen" is spoken by us to the glory of God. (2 Corinthians 1:20)

However, if all of God’s promises of mercy and forgiveness come through Christ, how then did Israel receive mercy? Also, through Christ! But how? God granted mercy in view of the propitiation of the Cross. Perhaps we should think of it in terms of a loan granted in expectation of future payments. How do we know this?

The blood of goats and bulls and the ashes of a heifer sprinkled on those who are ceremonially unclean sanctify them so that they are outwardly clean. How much more, then, will the blood of Christ, who through the eternal Spirit offered himself unblemished to God, cleanse our consciences from acts that lead to death, so that we may serve the living God! For this reason Christ is the mediator of a new covenant, that those who are called may receive the promised eternal inheritance--now that he has died as a ransom to set them free from the sins committed under the first covenant. (Hebrews 9:13-15)

The Cross forgives and cleanses past sins. Consequently, the Hebrew saints could not receive the fullness of what had been promised until the Cross:

These were all commended for their faith, yet none of them received what had been promised. God had planned something better for us so that only together with us would they be made perfect. (Hebrews 11:39-40)

Even the Hebrew Scriptures gives ample evidence that the Hebrew saints could not receive what had been promised. Here’s just one example. The prophets talked about a future marriage between God and His people (Hosea 2:18-19). However, Israel couldn’t even enter into the presence of God and still live. Nor could they tolerate His presence (Exodus 20). This would only be resolved at the initiation of the New Covenant.