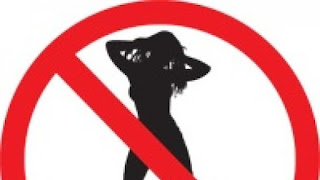 (Indonesia : Kebebasan dan Prostitusi)
Prostitution is now widely regarded as victimless and therefore, should be legalized. After all, shouldn’t we be free to fulfill ourselves in this manner! However, not everyone is of this opinion. Tania Fiolleau had once been a prostitute. She had also been an “overseer” of brothels who once employed hundreds of women.” Now, Fiolleau and other former prostitutes are denouncing the Ontario Court of Appeal’s decision to legalize brothels. Why? On her website, Fiolleau argues:

First, the impact of migrant trafficking is an estimated 120 to 400 million dollars a year and accounts for roughly 8000 to 16,000 people arriving in Canada a year illegally. Vancouver B.C is also a major port for human trafficking. This goes a lot deeper than your typical prostitute on the street corner soliciting drivers. About twelve 15 to 30 year-old Asian girls are trafficked into Canada each week on visitors or work permits and then sold into prostitution. These women are working in brothels, and many of these are unlicensed establishment disguised as therapeutic massage centers, nail pedicure places, etc.  These women do not want to become prostitutes; they did not grow up with dreams of one day becoming a sex slave or being pimped.  Many of these are ‘tricked’ into coming on work visas and then forced into prostitution.

Second, the demands for young prostitutes is very high as customers prefer the services of adolescents for their own sick reason and they are also ‘perceived’ to be more clean and less likely to harbor sexually transmissible diseases. Many teens are recruited into prostitution by friends who are already part of the trade and youths who have left broken or abusive homes. They are, in turn, susceptible to offers of shelter and emotional support and are often tricked into prostitution. The average age of entry into prostitution in Canada is 13 to 14 years old. Most of them are recruited or coerced into prostitution and many are leaving abused homes.

Approximately 80% of women in prostitution have been victims of rape. Prostitutes are raped on average of eight to ten times per year; they are the most raped class of women in the history of our planet.  In a study, several prostitutes showed many of the same characteristics as soldiers returning from war. 76% of prostitutes met criteria for PTSD (Post Traumatic Stress Disorder). That number is higher than soldiers and Prisoners of war.

Statistics show that two-thirds of the children born from prostitutes end up prostitutes as well or in jail.

The diseases that are spread are vast.

In a 1998 report of prostitutes across five countries, 92% of women said they wanted to escape prostitution immediately and they would if they had resources.  Women who sell themselves are often coerced, forced or drugged into it—sometimes even at gun point.

Later, Fiolleau told LifeSiteNews that prostitution is a physical and psychological destroyer of women. “As the years go on they develop drug habits. Every single time that you sleep with a John, it chips away at your soul. Eventually you are the walking dead and then you try to take your life. I see it over and over and over again.”

Prostitution is no less a victimless crime than outright murder. However, it’s far more seductive. It is ironic that the feminist movement claims to have taken huge steps to liberate and elevate women. While employment and educational doors have swung open, she has also been reduced to a sexual object to be gawked at, grabbed, undressed, used, discarded, and often murdered. She has been told that what she does best, where she derives her greatest joy – child rearing – is beneath her dignity. Instead, she has been “dignified” by a stressful career from which she must return home to her children who still need diapers changed.

What promises liberation and sexual freedom can enslave. The things that we want can kill, and this is not just true of drugs. Peter described this irony regarding false teachers and their alluring false teachings:

·        For they mouth empty, boastful words and, by appealing to the lustful desires of sinful human nature, they entice people who are just escaping from those who live in error. They promise them freedom, while they themselves are slaves of depravity--for a man is a slave to whatever has mastered him. (2 Peter 2:18-19)

Indeed, our choices can “master” us. All of this raises the question: “What kind of society do we want?”  However, it raises an ever more fundamental question: “What is freedom?” Is freedom a matter of indulging all of our passions whenever we want them fulfilled? Is freedom a matter of imbibing heroin or pornography if this is what pleasures us? Won’t our pursuits and addictions deprive us of freedom? Heroin certainly is a freedom killer. Many argue the same thing about pornography – that it kills normal relationships, addicting us to images and fantasies, undermining our commitment to families.

·        Then Jesus said to his disciples, "If anyone would come after me, he must deny himself and take up his cross and follow me. For whoever wants to save his life will lose it, but whoever loses his life for me will find it. What good will it be for a man if he gains the whole world, yet forfeits his soul? Or what can a man give in exchange for his soul?  (Matthew 16:24-26)

Instructor at New York School of the Bible, New York,  February 1992 to present
Teach classes of OT, Theology and Apologetics.