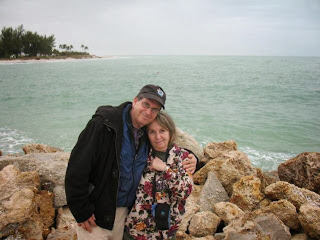 (Handalkah Kitab Perjanjian Lama?)
Many of the challenges that we face come down to this – questions about the reliability of the Biblical accounts. Before I went away to seminary, I subscribed to the “Biblical Archeology Review.” After reading several of the articles, it became clear that all of the authors subscribed to something called the Documentary Hypothesis, which maintains that the OT was the product of a series of scribes – identified as “J,” “E,” “P,” and “D” (some add others) – who had cut-and-pasted the OT into existence over a period of several hundred years (400-200 BC). This would make the Bible the product of a human creative enterprise, and not of truth.

I was very disturbed about this widely accepted theory, but didn’t have a clue how to critique it. I therefore decided to tuck it away into a crevice of my mind and not worry about it until I had the tools to deal with it. However, it didn’t remain in its appointed crevice but secretly crept into my reading of Scripture, infecting me with uncomfortable doubts. As a result, I stopped reading the Bible with the gusto I had prior to this.

Thankfully, someone placed a copy of the late Gleason Archer’s “Survey of Old Testament Introductions” into hands. The text was dry and detailed, but it challenged JEPD and restored to me my Bible. More recently (2003), the eminent Egyptologist, K.A. Kitchen reexamined the reliability of the OT by comparing it with the contemporary archeology and writings of the surrounding cultures. From these comparisons, he has concluded that the Biblical accounts match the corresponding time periods and cultures, precluding a later dating.

Kitchen is a widely respected scholar. Commenting on “On the Reliability of the Old Testament,” Yale scholar William W. Hallo writes,

• “After decades of ‘minimalism’ [the belief that the OT only gives us a minimal amount of solid history], it is refreshing to have this first systematic refutation from the opposite position.”

• “Kitchen approaches his subject with the skill and experience of a bona fide expert…His book takes into account the latest discoveries. There could be no better author for a book like this, an author who for over forty years has read, published and taught most of the ancient texts he cites…”

After surveying the reliability of the OT accounts of the Israelite monarchy, Kitchen asserts that the Biblical accounts of Israel’s earlier history are still reliable:

• “The world of Gen. 12-50 is certainly not that of the monarchy period. It is equally not that of Joshua to Samuel, nor of the overlordship of the Egyptian empire from 1550 to the twelfth century B.C. It fits only the period before that, the twentieth to seventeenth centuries.” (495)

• “When we go back (before ca. 1000) to periods when inscriptional mentions of a then-obscure tribal community and its antecedent families…then chronologically typological comparisons of the biblical and external phenomena show clearly that the Hebrew founders bear the marks of reality and of a definite period. The same applies to the Hebrew’s exodus fro Egypt and appearance in Canaan…The Sinai covenant…has to have originated within a close-set period (1400-1200)…The phenomena of the united monarchy fit well into what we know of the period and of ancient royal usages.” (500)

Kitchen claims that the Bible’s historical accounts seem to be authentic based on his comparisons with other cultures from those periods. He therefore concludes,

• “The Old Testament comes out remarkably well, so long as its writings and writers are treated fairly and evenhandedly, in line with the independent data, open to all.” (500)

For many decades, the material hadn’t been treated fairly. Kitchen exposes the JEPD theory as pure speculation:

• “They exist only in the minds of their modern creators (from Witter and Astruc to the present day) and as printed in their published studies…it does not constitute fact, and cannot substitute for it…The standards of proof among biblical scholars fall massively and woefully short of the high standards that professional Orientalists and archeologists are long accustomed to and have a right to demand. Some MSS, please!” (492)

There was never produced a stitch of hard evidence for this hypothesis – no manuscripts or cross-cultural studies. It was Julius Wellhausen who had systematized JEPD into what became known as the “Documentary Hypothesis,” which subsequently commandeered our best seminaries and universities.

• “Not only did Wellhausen (like his peers) work in a cultural vacuum – that is how he wanted it to be, undisturbed by inconvenient facts from the (ancient) outside world. He resented being pointed toward high-antiquity data from Egypt and Mesopotamia, and damned their practitioners for it.” (494)

However, these deficiencies did not prevent this Bible-depreciating hypothesis from taking captive the worldviews of our most esteemed schools:

• “Thus the theorists had a field day for many decades, and what had been merely bold theory became fixed dogma, as though set in concrete. A purely theoretical minimalism (lacking any factual verification) was enshrined as dogma in theology and divinity schools and faculties.” (497)

My argument is not against scholarship or even the university. Without scholarship, we wouldn’t have Kitchen’s or Archer’s refutations! Nor would we even have an English Bible! My concern is about how truth can be so perverted and how our cultural biases can spread unchecked even in our foremost pillars of education. And once these worldviews become entrenched, it requires generations before the evidence can filter in. Wellhausen still remains enthroned in many schools.