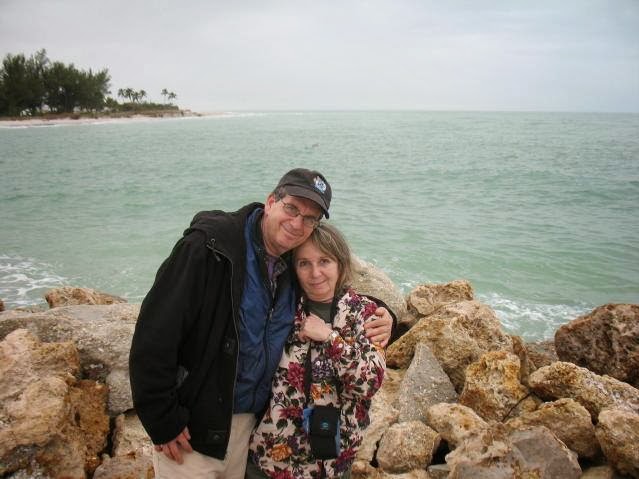 There are several bodies of evidence that argue powerfully in favor of Jesus’ Resurrection. First of all, we have to establish that He was crucified to death – something that virtually every historian regards as an established fact:

• “That He was crucified is as sure as anything historical ever can be.” (John Dominic Crossan)

• “Both Gerd Ludemann, who is an atheistic NT critic, and Bart Ehrman, who’s an agnostic, call the crucifixion an indisputable fact.” (Lee Strobel)

• “Josephus [the Jewish historian, 90 AD] reports that Pilate ‘condemned him to be crucified’…Even the Jewish Talmud reports that ‘Yeshu was hanged.’” (Lee Strobel)

• “Lucian of Samosata, who was a Greek satirist, mentions the crucifixion, and Mara Bar-Serapion, who was a pagan, confirms Jesus was executed.” (Apologist Michael Licona)

Licona claims that “The scholarly consensus—again, even among those who are skeptical toward the resurrection – is absolutely overwhelming.” Nevertheless, six hundred years after the event, the Koran claimed that a look-alike died in Jesus’ place, “and Allah raised him [Jesus] up to Himself.” However, this assertion does not rest upon any historical evidence.

POST-RESURRECTION APPEARANCES: The Disciples believed that He appeared to them. Their assertions about this event are quite numerous and credible:

• This is the uniform testimony of all 27 books of the New Testament! Licona states that, “Even very liberal scholars will concede that we have four biographies [Gospels] written within 70 years of Jesus’ life that unambiguously report the disciples’ claims that Jesus rose from the dead.” (“Finding the Real Jesus,” 83)

• Preserved oral tradition is also in agreement. According to Licona, the NT “preserves several sermons of the apostles…We can say that the vast majority of historians believe that the early apostolic teachings are enshrined in these sermons summaries in Acts – and they declare that Jesus rose bodily from the dead.”

• This is also the uniform testimony of all the Church Fathers. For example, Clement (95 AD) wrote, “Therefore, having received orders and complete certainty caused by the resurrection of our Lord Jesus Christ and believing in the Word of God, they went with the Holy Spirit’s certainty…,” and Polycarp (110 AD) wrote, “For they did not love the present age, but Him who died for our benefit and for our sake was raised by God.”

• It’s apparent that Christians have practiced baptism and communion from the very inception of the Church. These rituals testify to the fact that they acknowledged the death and Resurrection of Christ.

There are several things that make these testimonies highly credible:

• Some of the Church Fathers, whose writings we still retain, knew the Apostles of Jesus. Many were also martyred for their insistence that Jesus rose.

• The Apostles “were willing to endure persecution and even martyrdom….The church fathers Clement, Polycarp, Ignatius, Tertullian, and Origen – they all confirm this. In fact, at least seven early sources testify that the disciples willingly suffered in defense of their beliefs – and if we include the martyrdoms of Paul and Jesus’ half-brother James, we have eleven sources” (Licona, 85). They wouldn’t have suffered for their testimony of the Resurrection unless they were convinced that it had actually happened.

• The Apostles presented themselves in a very unfavorable light in the NT writings. They must have been convinced of a greater and surpassing truth – the Resurrection – to have made themselves look so ridiculous. If their testimony of the Resurrection had merely been fabrication, they would have had every reason to present a winsome self-image to the world.

• Their writings emerge with flying colors when examined culturally, critically and historically.

• Jesus appeared to His disciples over a 40 day period following His Resurrection. Paul reports that on one occasion, He appeared to over 500 at one time: “He appeared to Cephas, then to the twelve. After that He appeared to more than five hundred brethren at one time, most of whom remain until now, but some have fallen asleep; then He appeared to James, then to all the apostles; and last of all, as to one untimely born, He appeared to me also.” (1 Cor. 15:5-8). Paul is suggesting, only about 20 years after the Resurrection that his readers could verify, through these eyewitnesses, whether these events really took place. Had they not taken place as Paul had reported, he would have been dismissed.

• Jesus’ Apostles weren’t reporting about an event that had taken place in China, but in Jerusalem, where their testimonies could easily have been discredited. There certainly were enough people trying to do so.

• The Gospel accounts record that two members of the Sanhedrin had taken the body of Jesus and buried it. This could have easily been contradicted if it hadn’t taken place. Likewise, many supernatural events accompanied the accounts of the Crucifixion – appearances by dead saints, darkness upon the land for three hours, the rending of the Temple veil, and an earthquake. Had these events not taken place, the Gospel accounts could easily have been falsified by the Jerusalem establishment, situated as they were in the very location of these events.

• The Gospels report that women were the first to testify of the Resurrection. However, no one would have fabricated such an account, because the testimony of women was disdained. Furthermore, Mary Magdalene seems to have been the first to report the Resurrection. However she had an additional onus upon her. She had been regarded as a sinner. The Apostles would never have fabricated such accounts.

• There is no record of the disciples ever recanting, even under torture. If this had ever happened, such a record would surely have been preserved.


Licona reports that Gary Habermas had consulted over 2,000 scholarly sources on the Resurrection and concluded with Habermas that “probably no fact was more widely recognized than that the early Christian believers had real experiences that they thought were appearances of the risen Jesus.” (86). For instance:

• “Even the atheist [Gerd] Ludemann conceded: ‘It may be taken as historically certain that Peter and the disciples had experiences after Jesus’ death in which Jesus appeared to them as the risen Christ.’” (Lee Strobel)

• “The Disciples’ conviction that they had seen the risen Christ…is historical bedrock, facts known past doubting.” (Jewish historian Paula Fredriksen)

However, as non-believers, they are more inclined to ascribe the disciples’ sincere accounts of the Resurrection to hallucinations or visions. If so, they all experienced the very same hallucination during the 40 days of Jesus’ appearances – 500 at one time – even hallucinations that included eating and talking with Jesus, and even touching Him!

EVIDENCE OF CONVERSIONS. The Apostle Paul had been the leading persecutor of the Church, leading lynching parties against them. However, he reports that he had had an encounter with Christ which blinded him. He was them miraculously healed and subsequently had other encounters with Christ. Had he not been convinced that Jesus had risen, there would have been no conversion. Licona concludes, “He had nothing to gain in the world – except his own suffering and martyrdom – for making this up.”

Initially, Jesus’ family had thought that “He is out of his mind” (Mark 3:21; John 7:3-5). This assessment would have been reinforced by the Crucifixion. However, James and Jude became believers. Had the Resurrection not taken place, it is hard to conceive how this transformation could have taken place.

Without the Resurrection, it is inconceivable that multitudes would have sacrificed everything for a disgraced “Messiah” who had been shamefully crucified. The Book of Acts reports that even after Peter had preached his initial sermon, 3000 came to believe (Acts 2:41). Had there not been substantial evidence for the Resurrection, this could not have happened. No one would have risked persecution for a disgraced would-be Messiah.

The Gospels show us that, following the Crucifixion, the disciples had fled and abandoned their faith. Only the Resurrection could have convinced them that they had a future with Jesus and given them the boldness to stand against persecution.

Only the Resurrection could account for the growth of the Church. Had there been no Resurrection, only scorn and ridicule would accompany anyone who continued to believe in someone humiliated and crucified.

THE EMPTY TOMB AND THE FAILURE TO PRESENT ANY COUNTER-EVIDENCE. Jesus’ tomb was empty and no one was able to produce His body. Had it been produced, any claim of a resurrection would have easily been dismissed All early reports, even Jewish, cited an “empty tomb”! However, there are no reports of anyone producing His body, although the Jews and Romans had every reason to produce it. Had it been produced, Christians wouldn’t have been able to believe in a resurrected Christ.

To guard against the possibility that Jesus’ disciples might say that He rose from the dead, the Jewish leadership prevailed upon Pilate to provide a Roman guard at Jesus’ tomb. However, even with the guard, the chief priests claimed that the disciples stole the body:

• “Now while they were going, behold, some of the guard came into the city and reported to the chief priests all the things that had happened. 12When they had assembled with the elders and consulted together, they gave a large sum of money to the soldiers, 13saying, "Tell them, 'His disciples came at night and stole Him away while we slept.' 14And if this comes to the governor's ears, we will appease him and make you secure." 15So they took the money and did as they were instructed; and this saying is commonly reported among the Jews until this day.” (Matthew 28:11-15)

Even Justin Martyr (150 AD) wrote in his “Dialogue with Trypho” that the Jews still sent ambassadors throughout the Mediterranean, claiming that the “Disciples stole the body.” However, this doesn’t seem to be possible for a number of reasons:

• The disciples had been running scared prior to the Resurrection.

• They would never have died as martyrs for a story that they had cooked up. Besides, as mentioned above, there is no indication from the Gospels themselves that this was all part of a subterfuge. Their accounts that women were the first to see the risen Christ also argues against this.

• They had no motive to do this and to risk martyrdom themselves.

• They could not have stolen away the body with the presence of the Roman guard.


According to Lee Strobel, Gary “Habermas determined that about 75% [of historians] on the subject [of the empty tomb] regard it as an historical fact.” He adds, “All the strictly historical evidence we have is in favor [of the empty tomb], and those scholars who reject it ought to recognize that they do so on some other ground than that of scientific history” (Strobel quoting William Ward).

There have been many attempts to humanly explain the empty tomb. However, these have all failed. William Lane Craig sums it up this way:

• “All the old theories, like ‘The Disciples stole the body’ or ‘Jesus wasn’t really dead’ have been universally rejected by modern scholarship.”

• “It is no good falling back on ‘science’ as having disproved the possibility of resurrection. Any real scientist will tell you that science observes what normally happens; the Christian case is precisely that what happened to Jesus is not what normally happens…I prefer the elegant, essentially simple solution rather than the one that fails to include all the data: to say that the early Christians believed that Jesus had been bodily raised form he dead, and to account for this belief by saying that they were telling the truth.”

Instructor at New York School of the Bible, New York,  February 1992 to present
Teach classes of OT, Theology and Apologetics.